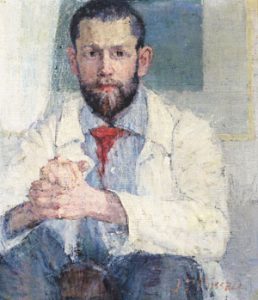 In Sandwich: A Cape Cod Town, historian Russell Lovell writes about Foster: “Born in the ‘Skiff House’ in Spring Hill, this adventurer went to Amsterdam with a diamond buyer, and with a flair for social life founded a series of dancing schools in European capitals which became fashionable and profitable. He built an eclectic mansion on a hilltop in Spring Hill called ‘Masthead‘ where he entertained Grover Cleveland and many others.” 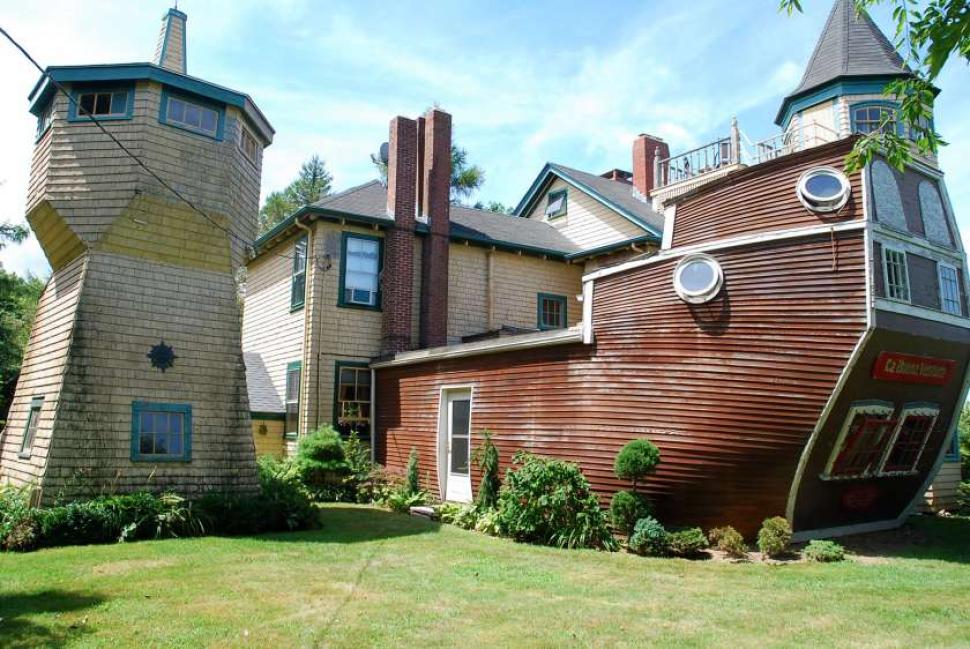 “John’s French wife Celeste operated a dress shop in New York. She and John travelled to Europe yearly. A nephew of John’s, Chester Foster, became an assistant in operating the Foster dancing schools in Europe, and a niece Ida Putnam of Spring Hill worked as an accountant at the dress shop winters in New York.” (Ida Putnam converted Green Briar Boiling Springs Spa to Sandwich’s unique Jam Kitchen in 1903.)

“John had known the American watercolorist Dodge Macknight in Europe, and found in 1900 that Macknight had returned to this country and was visiting Cape Cod as a new subject for his watercolors. Through John Foster, Macknight bought the Spring Hill house at 260 Route 6A, formerly the Quaker school of Joseph and Mercy Wing. This he called ‘The Hedges’ and made it his home for the rest of his life. From here he still travelled widely to paint, and entertained many famous artists in this home. His household consisted of his French wife Louise, their son John, and her sister Elise Queyrel. He became a friend of Isabella Stewart Gardner who bought many of his works.” Gardner hung them in a “Macknight Room” at her home on The Fenway, now the Gardner Museum. 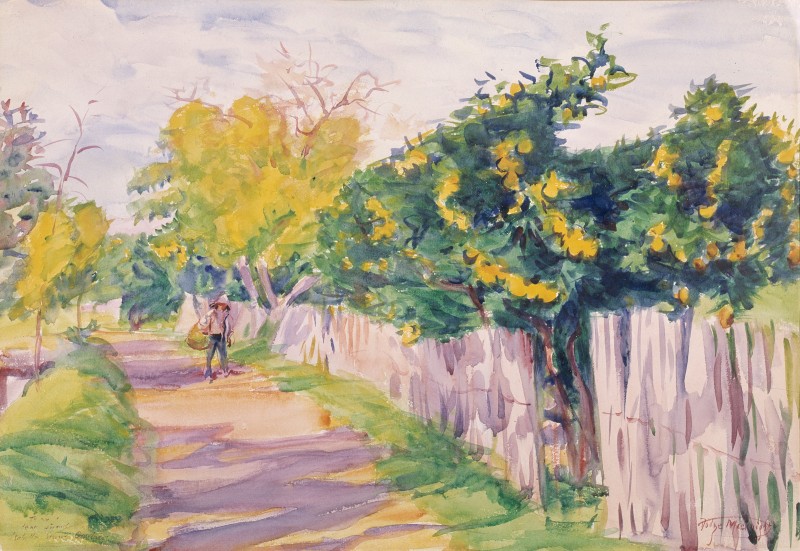 A Lane Through an Orange Grove, Orihuela, 1904, Macknight Room, Gardner Museum. Inscribed at the foot on the right: Dodge Macknight, and on the left: To my/dear friend/Isabella Stuart [sic] Gardner. (Click for larger view)

Lovell continues, “In 1911 John Foster’s wife Celeste died and John became a more regular Sandwich resident. Chester Foster and his Roumanian wife Iza (Willemot) returned to Spring Hill and occupied the house at 1 Spring Hill Road. It was just across from Vodon’s glass-cutting shop, and these three French-speaking households all enjoyed talking to Vodon with his Belgian French.

“With Macknight’s guidance, Chester became a skilled artist, and his early death in 1925 at only 51 was a great loss. Macknight’s son John was a noted concert flutist but had been injured in World War I, and died in 1928. At this sorrow, Macknight, then 68, ceased all painting and devoted himself to his beautiful garden at ‘The Hedges.’ He gave and loaned pictures to the Sandwich Public Library, and at his death in 1950 he left the bulk of his considerable estate to the Library, but with the income to go to Elise Queyrel during her life-time. The house was later purchased by musician John Houston and his wife artist Winnie (Fitch), who renamed the house ‘Hedgerow.’”

In honor of Dodge Macknight the Sandwich Library dedicated a room for him and the Town Archives are housed there. “Hedgerow,” the old Quaker school, was recently restored by a Nantucket design company and resold.

In 1883 Dodge Macknight went to Paris and became friends with Vincent Van Gogh. He also had a show of his watercolors at John Singer Sargent’s studio in London in 1890.