How well do you know Sandwich? 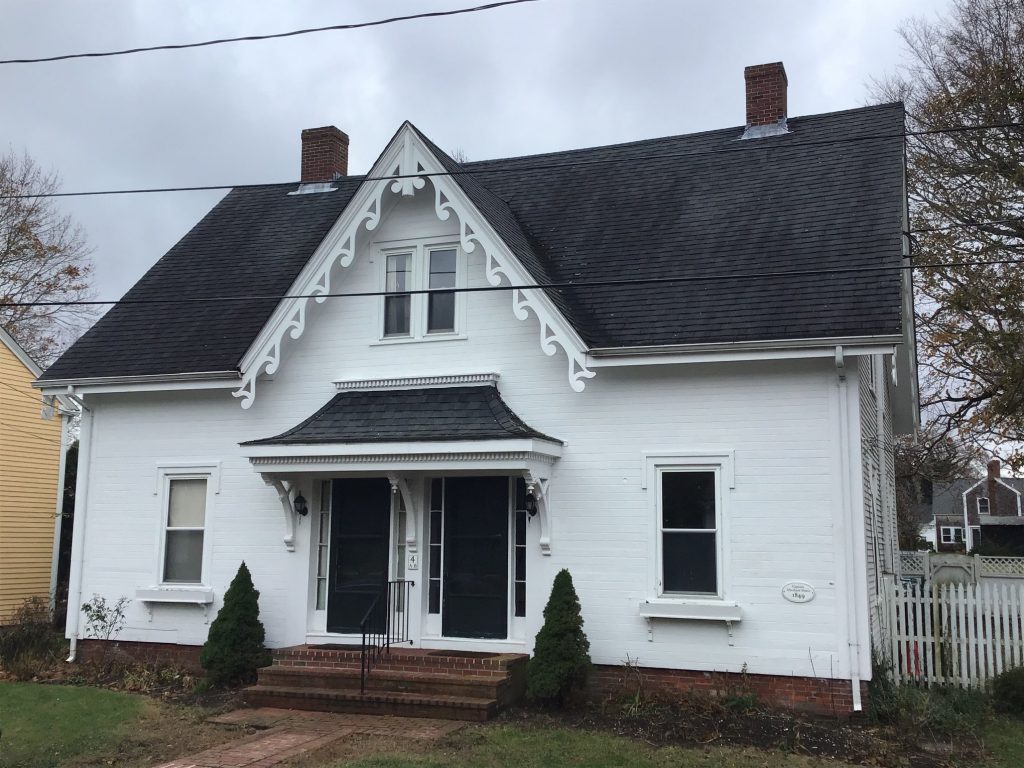 This home was built for Captain Abraham Hoxie (1808-1888) who was the best known whaling captain in Sandwich. He commanded more than a dozen different vessels and retired to Spectacle Pond in South Sandwich in 1853 at age 45 where this home was originally located.

Apparently he wanted to be closer to town and just a few years later bought the famous salt box home on Water Street which we now know as the Hoxie House museum.
What did he do with this Gothic Revival house? He sold it and here is where it gets very interesting.

After acquiring it, the new owner had it moved to Cross Street to reap the financial rewards of being near the glass factory. He hired well known house builder and house mover Gustavus Howland to relocate it. Historian Russell Lovell described it this way:
“The house was two stories high with foundation 27×36 feet and could not be knocked apart for moving. Howland assembled 30 yoke of oxen and put this large house on a set of wheels, beginning the torturous task of moving this train (about 300 feet long) down narrow twisting streets with large trees on both sides from South Sandwich down to the village. It took three long days of noise and re-rigging and adjustments, but the house came intact to its final destination at 4 Cross Street where it can be seen today.”

Captain Hoxie was a unique character and was well know for firing off his saluting cannon from his salt box home after each Northern victory during the American Civil War.

–researched and written by Bill Daley

This entry was posted in Historic Preservation, House Histories, News. Bookmark the permalink.