The Saddle and Pillion Graves

Edmond Freeman, one of the Ten Men from Saugus and the founder of Sandwich is buried here with his wife Elizabeth.

He sailed with his 2nd wife Elizabeth, 4 children from his first marriage on the “Abigail” which left Plymouth, Devon, England on 4 June 1635. There was an outbreak of smallpox on this ship during the crossing. The family arrived in Boston Harbor on 8 Oct 1635. They first settled in Saugus which is now called Lynn, MA. Admitted freeman at Plymouth, MA on 23 January 1637. He was the assistant to Gov. Bradford 1640-1647 and the principle founder of the town of Sandwich, Barnstable, MA in 1637.

Freeman settled on his homestead about a mile and a quarter east of the present Town Hall on the sloping land leading from what is now Tupper Road down to the Cape Cod Canal. (Most of the former Freeman land is now occupied by the NRG power plant.) They lived out their lives here and when Elizabeth passed away on February 14, 1676, Edmond buried her on a hill on their farm. He marked her grave with a large stone likening to a pillion (a British term for the seat behind the saddle on a horse). With foresight, Edmond also positioned a large stone that resembled a saddle to be used as a monument for his own grave. Family tradition tells us that the headstones reminded Edmond of the early years in Sandwich when he and Elizabeth traveled by horseback over the fields of their farm. Edmond Freeman died in 1682 and was buried beside Elizabeth, the longer stone, “the saddle,” was placed over his grave.

The burial place became known as the Saddle and Pillion Cemetery and is the oldest burying ground in Sandwich. Bronze plaques were added to these stones in 1910 by their descendants. The cemetery is located a short distance north of the end of Wilson Avenue and a marker has been placed on the south side of Tupper Road just before it intersects with Rt. 6A. VIEW MAP 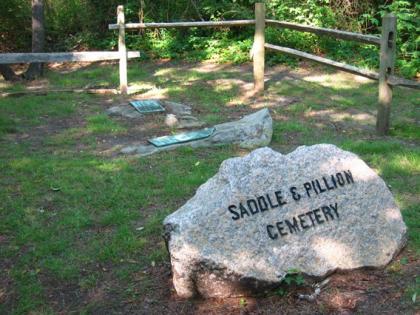 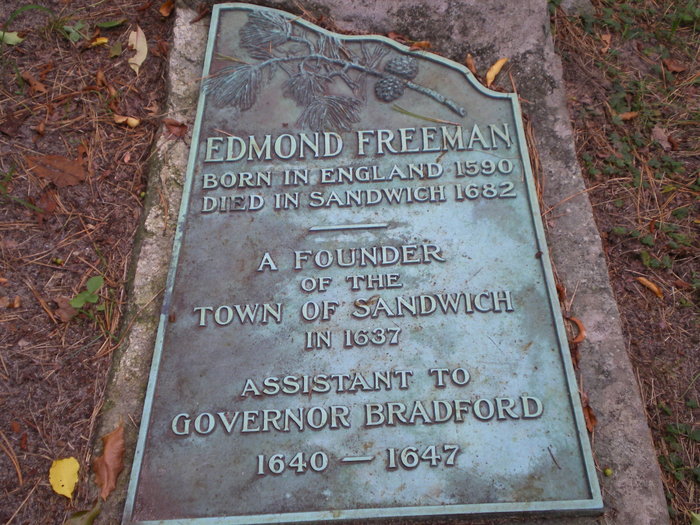 At one time these graves were encircled by a stone fence, remnants of which were still visible in the late 1800’s. The beautiful bronze tablets which are presently on these stone monuments were placed there on August 22, 1910 by members of the Freeman family, descendants of Edmond.

The website Find A Grave lists the Freeman Family tree as follows (click the pic to go to the site): 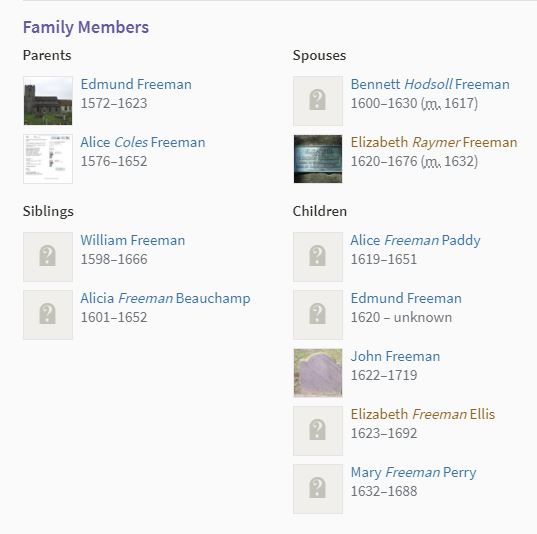 This entry was posted in Cemeteries, Genealogy, History of Sandwich. Bookmark the permalink.

6 Responses to The Saddle and Pillion Graves