“Our towns share more than their name, not least local and national distinction as historic communities. I hope that we can grow closer in mutual understanding and appreciation of each town’s heritage and community life.”

The Sandwich Atlantic Twinning Association is looking for digital photos of Sandwich for a joint website with Sandwich, UK. Please send any photos via email to dean@deancoe.com. 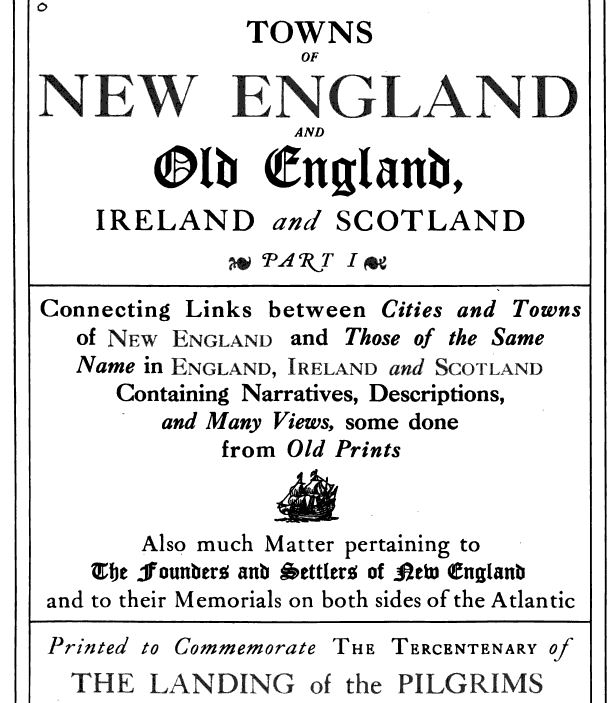 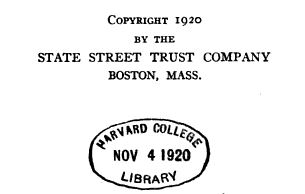 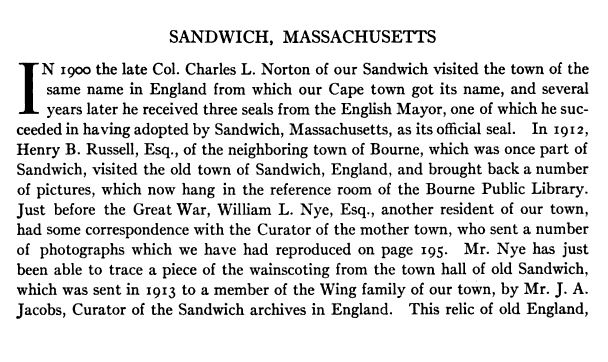 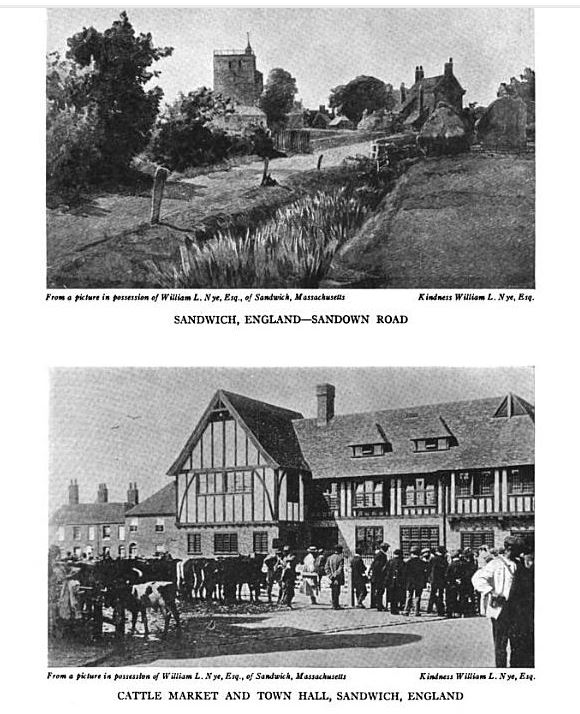 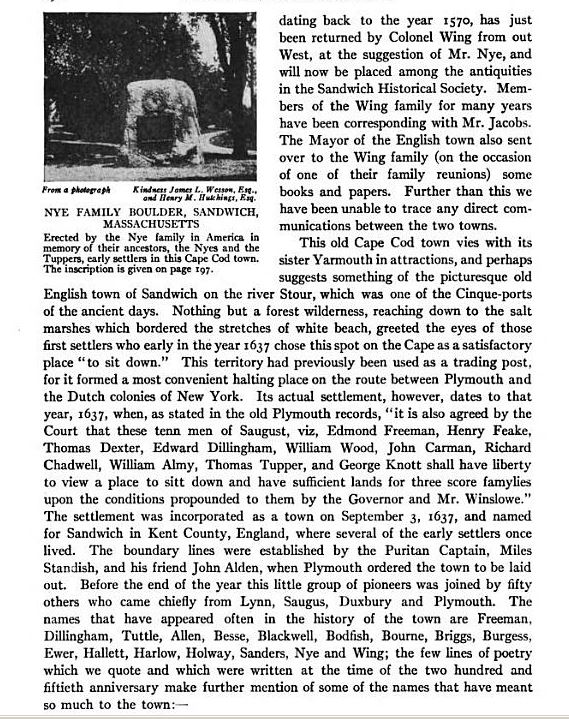 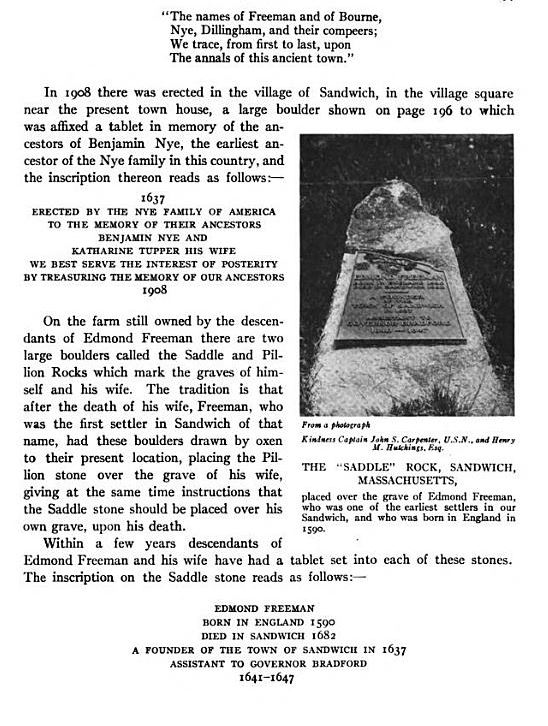 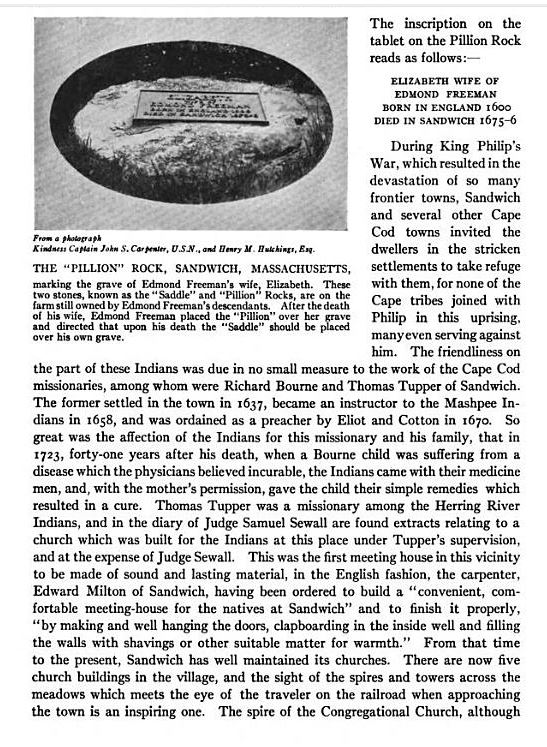 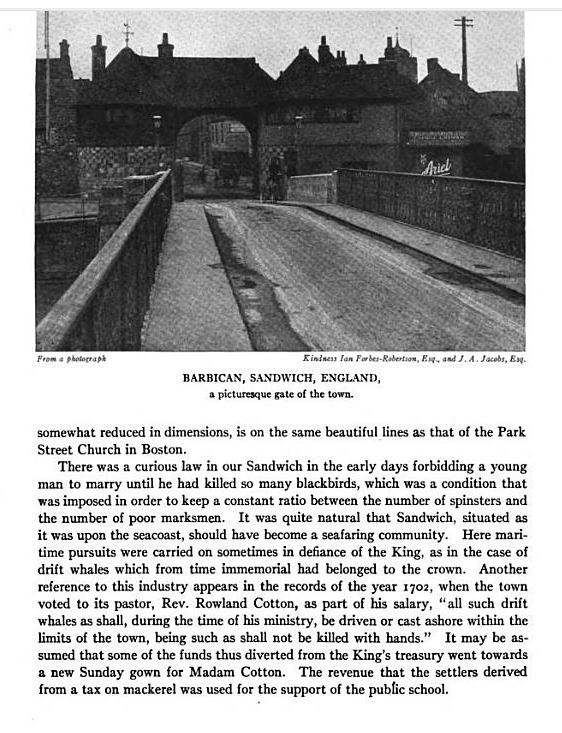 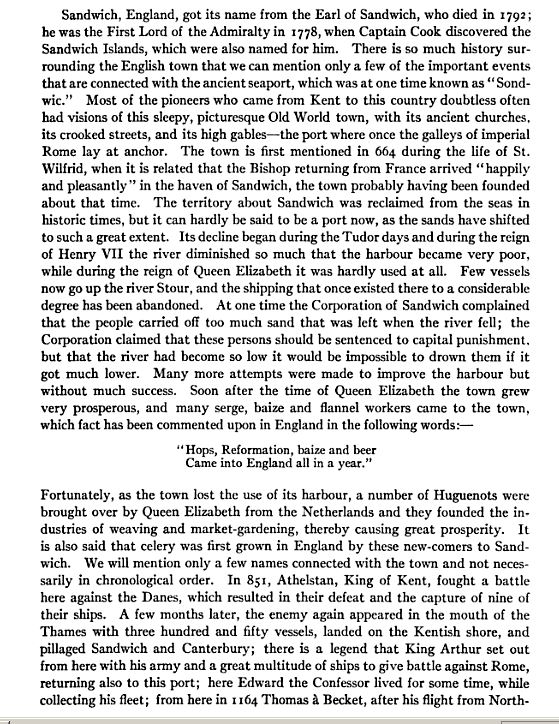 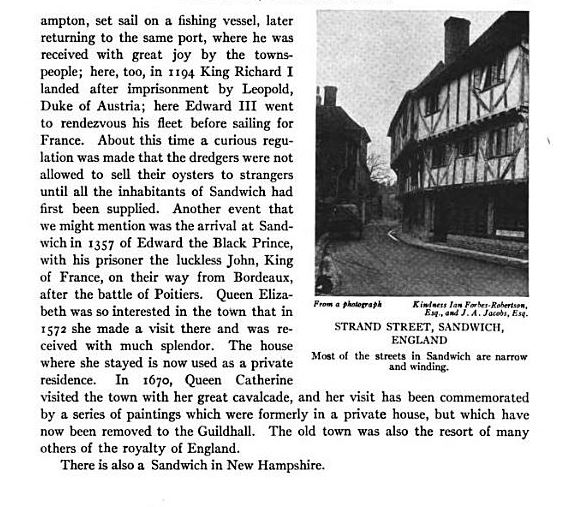 We are working with the people of Sandwich UK to create a network of email ‘penpals’ across the twin towns.

If you would like to correspond with someone in Sandwich UK, please email our epal coordinators. Send us your name, age and areas of interest and we will endeavour to find you a suitable match. We would welcome group epals too – if you belong to a special interest group and would like to join up with like-minded people in Sandwich UK, please send us your details and we’ll see what we can do…

OPEN SANDWICH: All about the Medieval Town of Sandwich in Kent

Of Sandwich, Seals and Sandwiches:

The seal for Sandwich in Kent, England had 3 ships with lion heads.

By 1900 all towns in Massachusetts were required to establish a town seal. The design adopted for Sandwich, Mass. was proposed by Melanie Elisabeth Norton (who married Jonathan Leonard in 1898). She drew American eagles in place of the British lions. On the version of the seal shown here, those 3 blips on the ships don’t look much like eagles, but we hear from the Leonard’s grandson that the town is working on re-drawing the seal so the eagles can be more easily discerned.

If you are curious about the Latin phrase on the Town Seal “Post Tot Naufragia Portus,” it translates to: “After So Many Shipwrecks There Is A Harbor (or a Haven).”

This phrase was also the motto of John William Montague (1718-1792), the 4th Earl of Sandwich, and is on the Montague family Coat of Arms. It is said that we get the name of the “sandwich” we eat from the 4th Earl. Legend has it that Montague was a hardened gambler and usually gambled for hours at a time at a restaurant, sometimes refusing to get up even for meals. He ordered his valet to bring him meat tucked between two pieces of bread so he didn’t need to bother with utensils to eat it. Because Montague was also known as the Earl of Sandwich, others began to order “the same as Sandwich!” And the name stuck.